The Pradhan Mantri Gramodaya Yojana was launched in 2000-2001 to improve the quality of life of people living in rural areas. The focus was on five crucial developments i.e., Primary Education, Better Rural Roads, Clean Drinking Water, Primary Health, and Nutrition. And Rural Electrification as well but that was added in 2001-2002. The main objective of these components was to eradicate poverty and give these people a better life. In the last decade, there has been considerable progress in the villages, such as easy access to primary health care, education, safe and clean drinking water, and many other factors that have been developed in the village areas.

The PMGY has a budget of Rs. 5000 crore. This scheme is funded by the Government of India and was introduced by then Prime-Minister Shri Atal Bihari Vajpayee. It has resulted in the upgradation of a considerable amount of people's lives.

Components of the Scheme

The Pradhan Mantri Gram Sadak Yojana is a plan for the rural areas in India to provide the right roads and connect unconnected villages with a population of more than 500 in standard regions and 250 in the hilly villages. The plan was to give the right all-weather roads for the developments of these rural areas. The end made almost 82% of these roads in March 2017. And the rest 47 thousand ways were still in progress all over India by the end of 2019.

To monitor the progress of a GIS system Online Management and Accounting System or OMMAS was developed to implement this and keep track of the targets. It was developed by the government of India's e-governance department, and it is one of the country's biggest databases. This system monitors all the progress of the roads and the progress in development.

By March 2014, 1.7 lakhs habitations consisted of residents over 500 in the open areas, and the all-weather roads connected more than 250 in the hilly rural areas. And by December 2014, almost 80% of the streets of rural areas were joined by the right roads. There were still 47 thousand works in progress. Plus, some unfinished work in the rural hill areas in Assam, Jammu, and Kashmir and Uttarakhand. The average rate of road construction was 98.5 kilometers in 2004, and it rose to 130km per day in 2014 under this scheme.

They were previously known as Indira Awas Yojana. They are part of the Pradhan Mantri Gramodaya Yojana with the aim of housing for people under Below Poverty Line or BPL in the villages.

Under the Pradhan Mantri Gramodaya Yojana scheme, financial help worth INR 120,000 in the open areas and INR 130,000 in hilly or challenging areas is given for the building of the houses to the people of villages who fall under BPL category. These houses are prepared with services like LPG connection, toilet, electricity connection, and clean drinking water. The apartments are mostly given in the name of the woman of the house or jointly for the husband and wife. The beneficiary is responsible for the construction of the house, and it is not allowed to hire any contractors for the building of the house, as that is strictly prohibited. Toilet facilities with ease of sanitization and smokeless chullah are needed to be constructed along with each of the houses.

The scheme's primary goal is to give financial aid to the people living under the poverty line and to make their lives better by sheltering them. A modest house is provided to increase the quality of life. The main objective of this scheme for India's government was to eradicate all the temporary kutcha houses from the villages of India.

A software called AWAAS launched in 2010 to monitor the progress of this scheme. According to the Registrar General of India, the funds are provided to the states based on 75% weightage of the housing shortage in the rural area and 25% weightage on the poverty ration as published in the 2001 census.

The Pradhan Mantri Gramodaya Yojana Rural Drinking Water Programme has been initiated as a specific component of the new initiative to achieve sustainable human development in the rural villages to hasten the speed of coverage of safe and clean drinking water supply facilities to the residents of rural residents.

The program aims to provide all rural areas, even the un-reached one's quality water quality, and institutionalize water. It is being supervised by the government of India as well.

Pradhan Mantri Gramodaya Yojana was launched in the year 2000-2001  India to achieve sustainable human development at the village level.

Q. How are locations selected for development?

Unconnected locations are listed as per the importance and it also depends on the funds provided for the particular state.

Q. What are all-weather roads?

The all-weather road means the one which can survive all the seasons of the year.

Q. Who is qualified for the Gramin Awas Yojana?

All the people under the poverty line living in the rural areas are qualified for this scheme.

Q. When was the PMGY launched?

Q.  What was the total budget of PGMY scheme?

The total budget was INR 5000 crore for this scheme.

Q. How many houses have been constructed under the Gramin Awas Yojana?

A total of seven million houses were built by 2009 under this scheme.

Q. Who launched the PGMY scheme?

This scheme was launched by Shri Atal Bihari Vajpayee during his tenure. 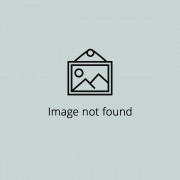